How much is a birth worth? (published without permission from my author-friend Meg.)

Skip to content
HOW MUCH IS A BIRTH WORTH?
POSTED ON DECEMBER 24, 2018 BY MEG CORRIGAN 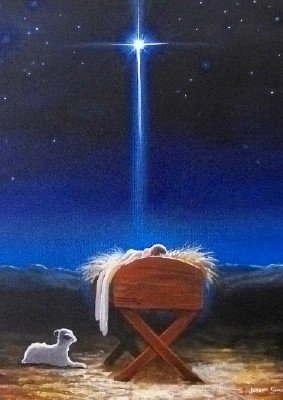 Today in the town of David a Savior has been born to you; He is the Messiah, the Lord. This will be a sign to you: You will find a baby wrapped in cloths and lying in a manger. Luke 2:1
Parents Magazine recently reported on a few of the more luxurious birthing options in the US. Ronald Reagan UCLA Medical Center delivery suites are designed to look and feel like the out of doors. Tiny VIP’s born at Rose Medical Center in Denver may join their parents in one of six luxury suites, which include the services of a private chef. The “deluxe maternity package” at Cedars-Sinai in Los Angeles (a mere $3784 per day) includes a personal doula. In-suite manicure, pedicure, massage or haircut are extra. When Beyonce and hubby Jay-Z planned the birth of daughter Blue Ivy, they commissioned the custom remodeling of several birthing suites at Lenox Hill Hospital in New York City. Amenities included four flat-screen TV’s, a kitchenette, both a couch and a bed for Jay-Z, marble floors, Italian linens and elaborate meals prepared by five-star chefs. Silver spoons for the babies’ mouths were extra.
Author Walter Wangerin Jr., in The Book of God: The Bible As A Novel, details how frightened a young man named Joseph was when his young wife Mary was about to give birth on the straw of a forgotten stable. “I am not a midwife!” Wangerin imagines Joseph saying. And yet, with his vivid memory of an angel’s visit and with the strength of his faith in God, Joseph tended to Mary in her labor. He held her, let her push against him, offered his hands for her to grip. He heard her cry and watched in terrified wonder as the Child was released from her body. Then he cleansed the Child and watched as Mary tied the cord and severed it. And the stable animals watched in silence.
Would the Jewish leaders have believed that Jesus was a King if he had not had such a lowly birth? Why did God choose to send His only Son into our world without one shred of comfort or luxury as the Christ Child so richly deserved? The answer lies in the humility that Christ Himself portrayed.
Star of Wonder, come to us this night, as the humble King of our earthly lives. Amen
Meg Blaine Corrigan is the author of three books: Then I Am Strong: Moving From My Mother’s Daughter to God’s Child; Perils of a Polynesian Percussionist; and Saints With Slingshots: Daily Devotions for the Slightly Tarnished But Perpetually Forgiven Christian. She holds a Master’s Degree in Counseling from the University of New Mexico and has over thirty years’ experience working with survivors of domestic violence, sexual assault, war veterans, and other trauma survivors.  Her books may be purchased through her website, www.MegCorrigan.com or from www.amazon.com .


To leave comments at this blog, please email me at: ssskimchee@gmail.com

You are my hero!

The 2019 Birth Conference in Romania