Stephanie Sorensen
I
cannot take credit for this chapter’s title. It was coined in the 2nd half of the 20th century in England, and
later quoted in Maternal Bonding, by Dr. Wladyslaw Sluckin of Oxford,
U.K., in 1983. He writes: “The basic pattern of social behavior in human babies
lies in maternal-infant attachment. She has carried her child in her womb for
about 266 1/2 days, which is actually the average from conception to birth, not
delivery. Babies get themselves naturally born in most cases, and that child is
looking forward to a continuation of the life that it had in the womb. The
temperature and pressure are constant, no work is required, and he or she is
looking forward to a continuation of this. What they are looking forward to is
a “womb with a view.” 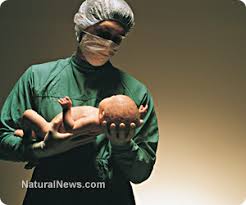 Welcome to my World of Birth …

Birth in a Bus

The 2019 Birth Conference in Romania

Midwife, mother, grandmother, doula, world traveler and author, Sorensen lives and breathes birth. She has five children scattered around the world, grandchildren, and over a thousand babies she calls her own, even when she cannot pronounce their names correctly. With stories so graphic you will feel your own contractions again, she guides us through her world of Amish bedrooms, hospital labor rooms, birthing suites, and operating theaters. Get your scrubs on. It’s time to push!